Deacon John Osnes was ordained a Permanent Deacon in 2001. He and his wife, Joni, have been members of the parish since 1987. They were married in 1982 and have three daughters and two son-in-laws. Deacon Osnes is a native of Burke, SD, and became a Catholic in 1982. His first ministry was music and he played keyboard and led a choir at OLBH for 15 years. Deacon John currently serves as a catechist for adult faith formation, and as a member of the Stewardship Committee, and as the Chair of the Discipleship Commission. Outside of the parish, he is a member of the Board of Trustees at Mount Marty College in Yankton, SD. 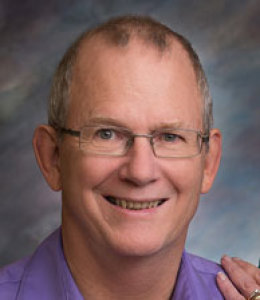